2) Check whether there is a broken wire fault in the middle of the temperature sensor, or whether there is a problem with PT100. Under the standard condition (20 ℃), use an ohmmeter to measure the resistance of Pt100 about 100 Ω. If it is too large or too small, it means it is broken.

2) Whether the screw oil level is too low, which causes the main oil return pipe of the oil and gas drum not to return oil fully. If the temperature drops significantly after adding some screw oil, this is the problem.

4) Whether the oil filter has not been replaced for a long time, resulting in blockage, which affects the reduction of screw oil injection into the machine head and leads to high temperature. Solution: replace the oil filter. If there is no oil filter on site, poke several short-circuit holes in the old oil filter for test verification.

5) Whether the whole pipeline and components on the pipeline from the main oil return pipe of the oil and gas barrel to the main oil injection port of the machine head are blocked? For example, the radiator oil passage is easy to be blocked after coking, and the main method can only be removed one by one for treatment and inspection.

10) Some heads are designed at a high position. If there is no oil stop valve and exhaust check valve on the head, the oil in the head will be harped into the oil and gas barrel or pipeline after the machine is shut down for a period of time, resulting in a lack of oil in the head, and the temperature will rise too fast during startup. 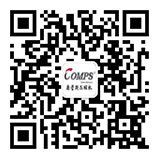